Out of stock
SKU
12509
A$16.50
Beautiful compass rose geocoin
Skip to the end of the images gallery 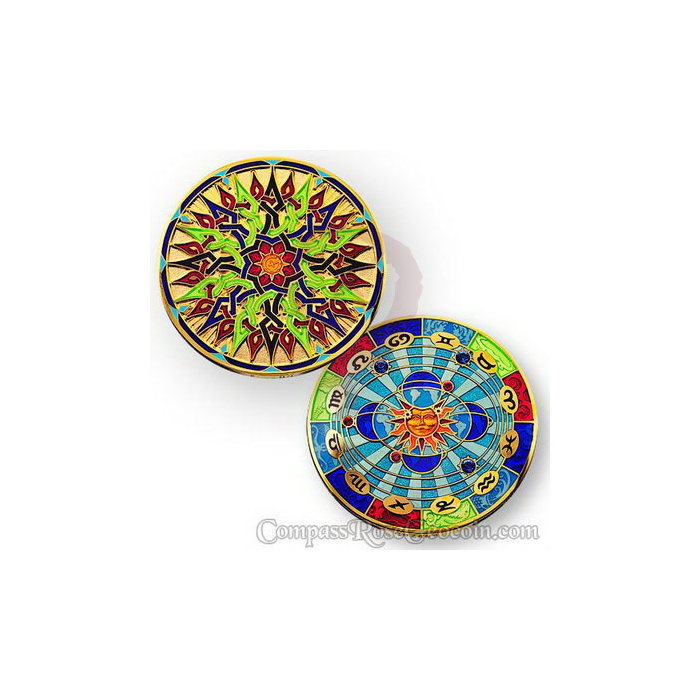 The 2011 Compass Rose Geocoin® is about the critical importance of the sun and navigation. Navigation by the sun was practically second nature a thousand years ago, even though it was not as accurate without special tools as today's methods. It was very important to know where the sun tracked across the sky and exactly where it would rise and set depending on the season. Since the 1700s, knowing the sun's declination was imperative to calculate longitude. Knowing how to gain longitude was very important to calculate accurate navigation and map making.

The compass rose sun design on the 2011 Compass Rose Geocoin was derived from a map made in 1613. The map covers half of the world on the Atlantic side. Normally, maps containing a great level of artistic detail were not accurate and made only for sale to the general public as display pieces. Ship's captains knew better than to use these kinds of maps; however, this map was not only artistic but also informative.

The back of the geocoin illustrates the Copernican astronomical system. It shows the tilt of the earth at its equinoxes along with other planets. The outer ring outlines the zodiacs according to how the constellations are aligned with the sun during the year. Each planet in the coin is represented with a Swarovski gemstone.

Each coin version is named after different aspects of the sun's positions: Dawn to Dusk (polished gold, recessed front) - Tracking the sun from the morning to the evening is key to good navigation and knowing its ecliptic as each day passes through the seasons.