In stock
SKU
11031
A$14.50
A wonderful geocoin featuring Toronto's skyline, to commemorate your second anniversary!
Skip to the end of the images gallery 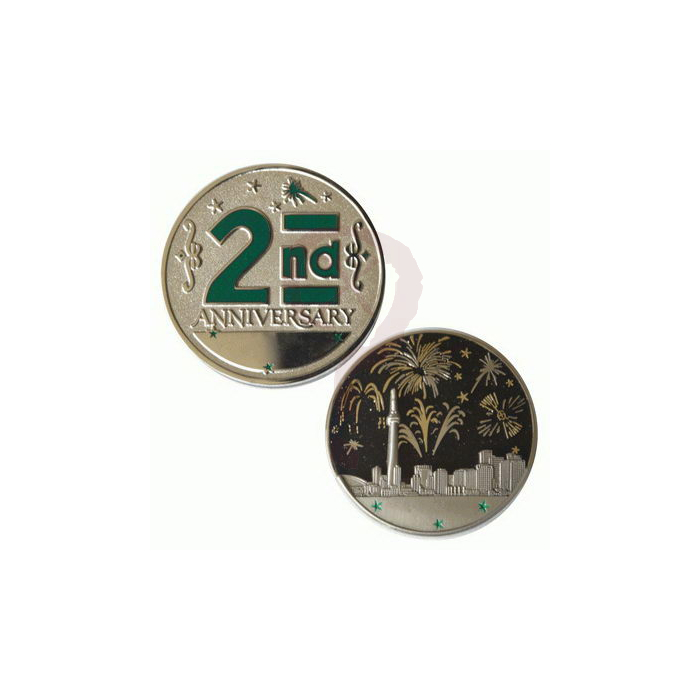 Skip to the beginning of the images gallery
Details
A geocoin to celebrate any second anniversary. It might be your wedding anniversary, the anniversary of finding your first geocache, or whatever you want to use it for! The choice is yours.

The Second Anniversay geocoin was created by the Landsharkz. The main side has a 3D etched image of Toronto, Canada's skyline, with sparkly gold and silver fireworks in the sky above. The reverse face has a green reflective '2nd Anniversary'. There is also a small blank area at the bottom to allow you to engrave your important date.