Out of stock
SKU
13009
A$13.50
Designed by Tsunrisebey Designs and exclusive to Geo-what? Geo-stuff!, this beautiful dragonfly geocoin can also be worn as a necklace.
Skip to the end of the images gallery 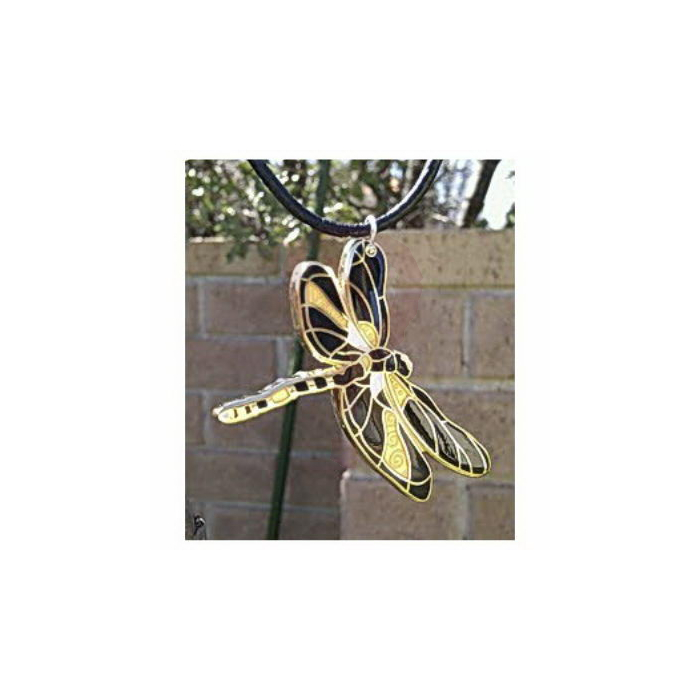 Skip to the beginning of the images gallery
Details
A stunning dragonfly shaped geocoin designed and minted by Tsunrisebey Designs. With its black and gold colouring inspired by Australian dragonflies, the Iridescent Dreams - Geo-what? version is a Geo-what? Geo-stuff! exclusive!

Dragonflies can be found the world over, and are among the fastest insects in the world. To some Native American cultures, they represented swiftness and activity. In Japanese culture, the dragonfly is seen as a symbol of courage, strength and happiness. This Iridescent Dreams geocoin can be a symbol of your geocaching success!

As with most Tsunrisebey creations, there's a hole in this geocoin so you can turn it into an attractive pendant, sure to attract attention!