In stock
SKU
11003
A$21.90
A beautiful two geocoin set. Each coin is made from antique satin gold and features the International Year of Astronomy logo on one side and a major telescope on the reverse.
Skip to the end of the images gallery 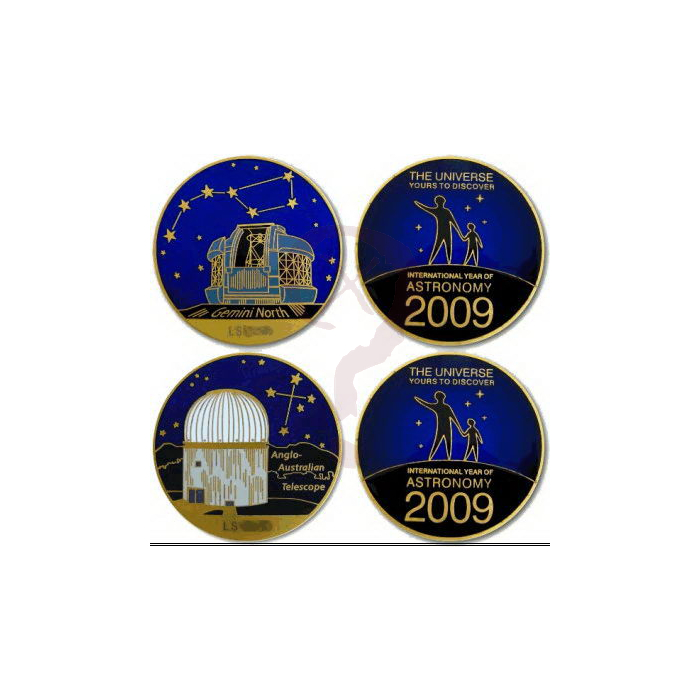 Skip to the beginning of the images gallery
Details
The International Year of Astronomy was a year long celebration to mark the 400th anniversary of the first recorded astronomical observations with a telescope by Galileo Galilei and Johannes Kepler's publication of Astronomia Nova in the 17th century.

To celebrate this important event, the Landsharkz created this beautiful two geocoin set. Both coins have the official International Year of Astronomy logo and motto on one side. On the reverse side, one coin has the Gemini North telescope and the night sky from the Northern Hemisphere, while the other coin features Australia's own Anglo-Australian Telescope and part of the Southern Hemisphere night sky.